The Canadian Elite Basketball League (CEBL) was forced to play the 2020 season, only the second of their existence, in a “bubble” in St. Catharines, Ontario. Your Edmonton Stingers will enter the 2021 season as the reigning, defending, undisputed Champions.

“Join the Squad, Sign up to receive the latest team news, community events and exclusive opportunities”. I’m one of many fans who through the Stingers website, signed up for periodic e-mail updates.

“Since Xavier Moon’s championship-winning free-throw in August, several members of the Edmonton Stingers have been making their mark all across the world. Here’s a look at how the Stingers are stacking up overseas! 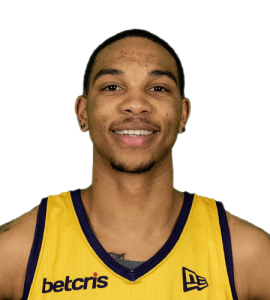 Xavier Moon: After spending the last two off-seasons playing with the London Lightning of the National Basketball League of Canada, the reigning two-time CEBL MVP has taken his talents overseas. Moon signed to play with Maccabi Hod Hasharon in the Israel-National League. Currently, Moon is averaging 24.8 points, six rebounds, and three assists in five games this season, while Maccabi Hod Hasharon is off to a 2-3 start. 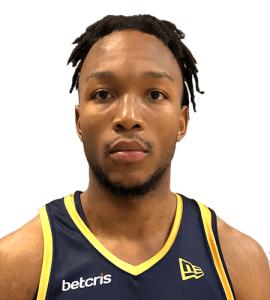 Mathieu Kamba: After a breakout performance in the 2020 Summer Series, where Kamba averaged 12.9 points, 4.9 rebounds, and 2.5 assists per game, Kamba returned to Spain to play in the LEB Gold League, this time suiting up for Melilla CB. In six games, Kamba is averaging 12.8 points, 3.5 rebounds, 1.2 assists, and 1.3 steals per game. In his last game, Kamba recorded 14 points and five rebounds.

Mambi Diawara: Diawara was one of the first Stingers to sign a contract overseas after the Summer Series ended. Diawara joined the Helsinki Seagulls and where he averaged 5.2 points and 2.5 rebounds in 10 games before the season was postponed in late November. The Seagulls were 10-0 before the league shut down due to COVID-19. 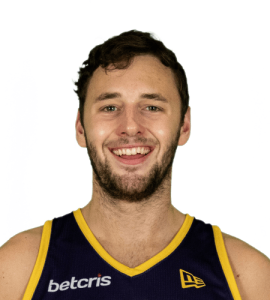 Zac Overwater: After a 2019 rookie season with the Stingers, Overwater returned for the 2020 CEBL Summer Series to win the 2020 CEBL title. Overwater has since returned to Spain this off-season. In two games with Pinta CBE Castell, Overwater leads the team in scoring with 28.5 points, 10.5 rebounds, and one assist, helping his team to a 2-0 start. 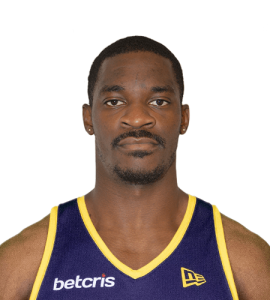 Travis Daniels: Daniels made the move to the European Champions League this year and is suiting up for Keravnos Strovolou in Strovolos, Cyprus. In two games, Daniels is averaging five points and 1.5 rebounds in 13 minutes of action off the bench.

Sascha Kappos: The former Dalhousie University star signed to play in Greece this off-season. In three games with ASA Koroivos Amaliadas, Kappos averaged seven points three rebounds, and one assist before the season was postponed due to COVID-19. 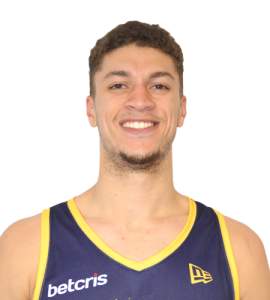 Brody Clarke: The former University of Alberta Golden Bear played a prominent role off the bench for the Stingers in the 2020 Summer Series and was set to play professionally in Germany after signing with Gladiators Trier of the German Pro-A League. Unfortunately, Clarke re-injured his foot and has yet to play for the German club this season.”

Tell a friend. Bring a friend to a game next season when the Stingers finally to get to play a game again at “The Hive” aka The Edmonton Expo Centre. But first, stay safe so that next season can become a reality.